I recently purchased an original Macintosh User Manual (thanks eBay !). I had seen one at a garage sale, and was struck by how it had to explain a total paradigm shift in interacting with computers. I figured I could learn something about helping make innovation happen.

It’s been an intriguing read. It’s a remarkably handsome manual, beautifully typeset, which, considering par for the course at the time was probably Courier with few illustrations, is saying something.

One of the more striking things was how every

Chapter is introduced with a full-color photo of Macintosh being used. Here they are (click on them to see bigger sizes): 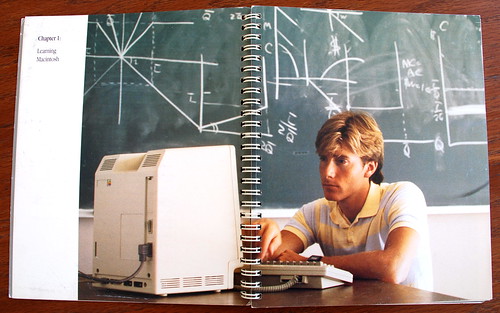 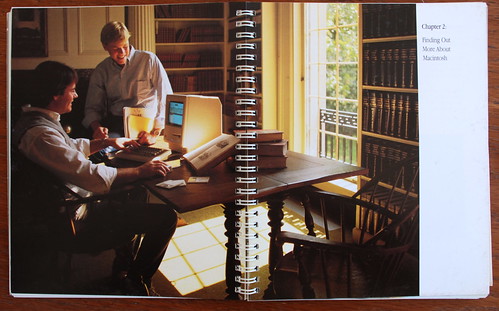 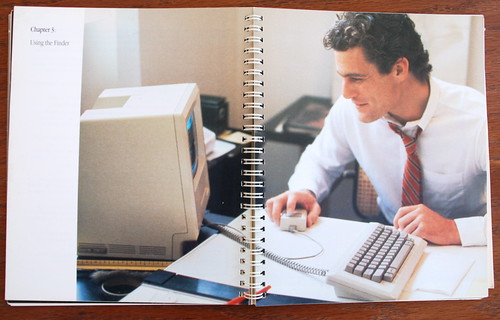 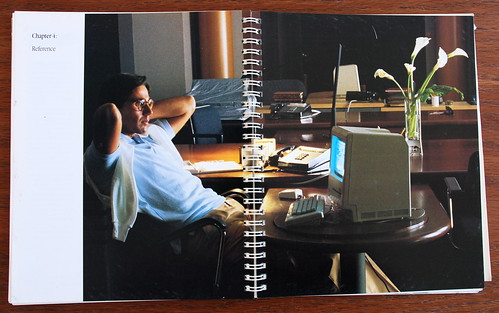 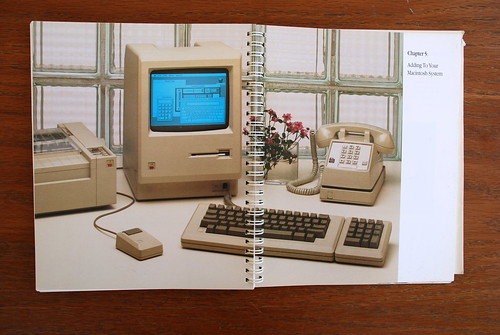 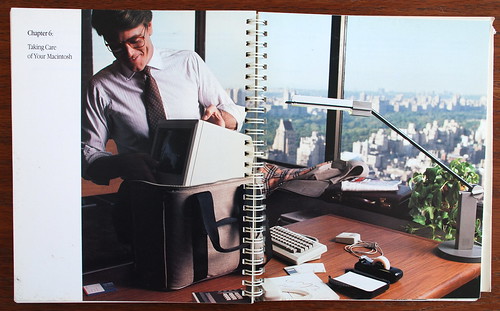 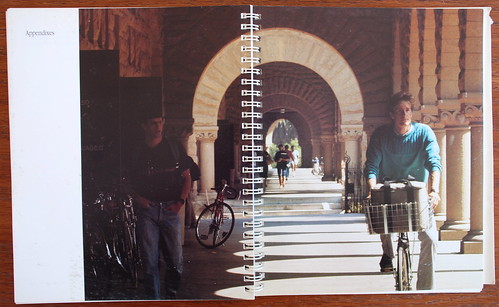 The first thing I appreciated was how Macintosh is set within somewhat normal (and quite varied) contexts of use.

Then I noticed that, with the exception of

Chapter 5, every photo shows a preppy white male using the computer. Women and people of color need not apply! (The dude in

Chapter 4 even has a *sweater* around his shoulders!!!)

Also, why is the keyboard in

Chapter 3 positioned like that? Why on earth was it posed that way?

The thing you’ll notice in

Chapter 6 (and maybe you saw it in the Appendix) was the infamous Mac carrying case. There’s a page about it, which I photographed: 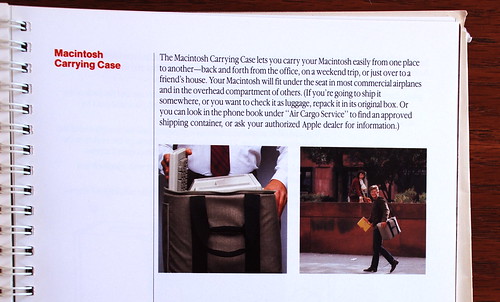 The introduction of the manual greets you with this image: 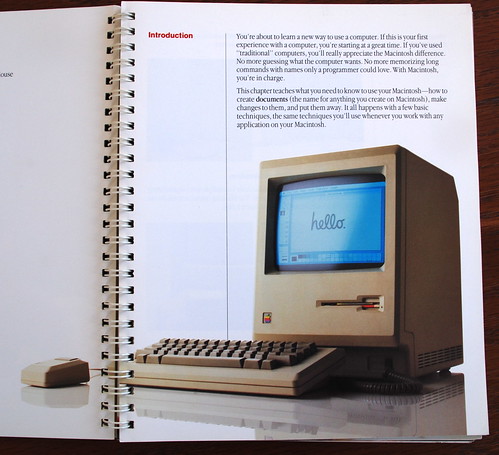 Dig that reflection! Apple returned to the reflection as a visual element a few years ago…

Some of the best stuff, of course, is explaining how the thing works. 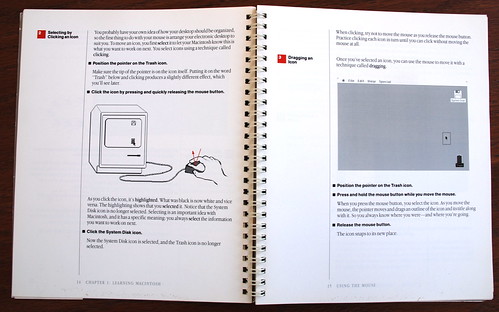 My favorite is scrolling. I can imagine the discussion: “Well, it’s called a scroll bar… I know, let’s use a drawing of a scroll!” Yes. Because people in the mid-80s were all about scrolls… 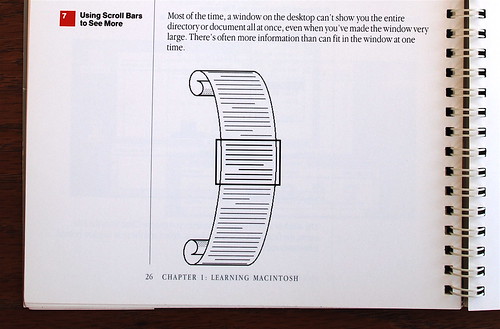 And, hey, Where Does Your Information Go? 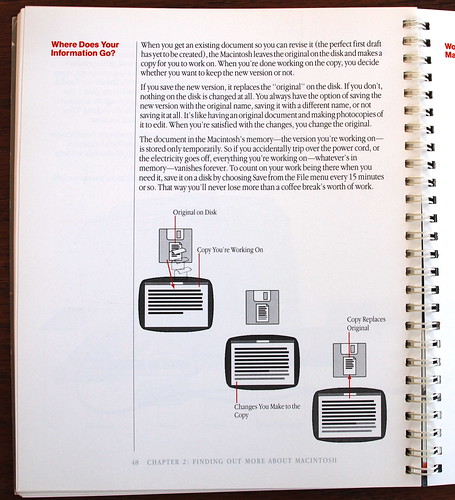 Oh! That’s where that metaphor comes from… 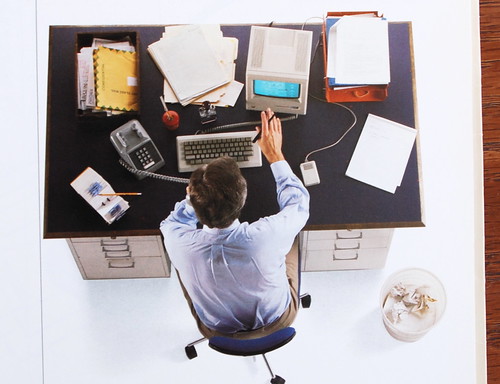 And perhaps the strangest sentence: “The Finder is like a central hallway in the Macintosh house.” 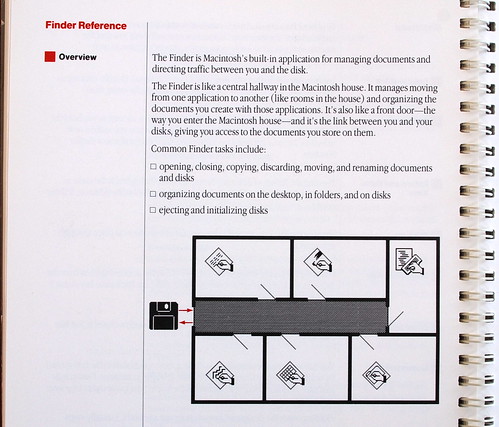 (And the disk is a… guest? Someone looking for the bathroom?

It’s been surprisingly delightful flipping through this little bit of computer history. The pace, and deliberateness, with which the system and its interface are explained are quite impressive.